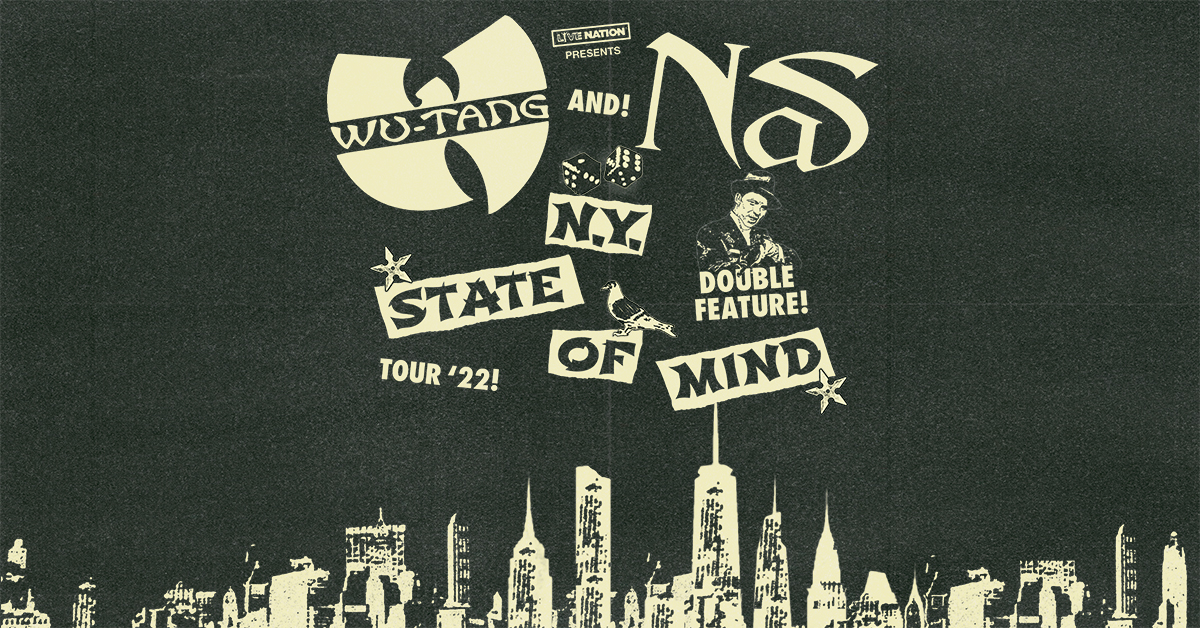 Nas & Wu-Tang Clan are bringing their iconic hip-hop sound to the Ruoff Music Center on Thursday, September 1st, 2022. The show will be a can’t-miss event for any fan of either group, as they’re two of the most influential and respected names in rap music.

Nas is one of the most celebrated rappers of all time, with a career that spans over 25 years. He’s released classic albums like ‘Illmatic’ and ‘It Was Written’, and has collaborated with some of the biggest names in music, including Jay-Z, Alicia Keys, and Kanye West. His live shows are always electrifying, and fans can expect to hear all of his biggest hits at the Ruoff Music Center.

Wu-Tang Clan are also legends in the hip-hop world, and their impact on the genre is still felt today, 25 years after their debut album ‘Enter the Wu-Tang (36 Chambers)’ was released. The group is composed of nine members, each with their own unique style and flow, and their live shows are always a chaotic, but exhilarating experience. Fans can expect to hear classics like ‘C

Tickets to Nas & Wu-Tang Clan at the Ruoff Music Center are selling fast, buy yours now whilst some are still available.