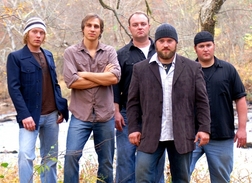 The Zach Brown Band is all set to perform at the Klipsch Music Center on the 7th of July 2012. This band is well known for its rendition of music belonging to the bluegrass, Southern rock, folk and reggae genre. The audience can expect the unexpected with this band’s performance. The band comprises of Zac Brown, Jimmy De Martini, John Driskell Hopkins, Coy Bowles, Chris Fryr, Clay Cook and Daniel De los Reyes. Get your dancing shoes on as the band dishes out one Billboard single after the other. “Chicken Fried”, “Toes”, “Free”. “Cold Weather” are some of their successful singles.