Tom Petty and The Heartbreakers

Tom Petty and The Heartbreakers 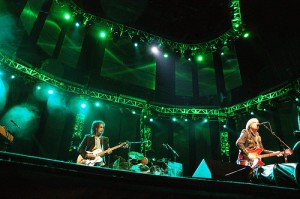 The fans of the Tom Petty and the Heartbreakers band are in for a real treat as the band is all set to hit the music scene in Noblesville. The band will be performing at the Klipsch Music Center, which is located in Noblesville and the concert is scheduled for the 15th of June 2013. The rock band was formed in Florida in the year 1976 by Tom Petty known for his guitar skills and exceptional vocals as well as other members such as Mike Campbell, Benmont Tench, Ron Blair and Stan Lynch. Some of their hit singles include “American Girl”, “The Waiting”, “Mary Jane’s Last Dance” and many more.