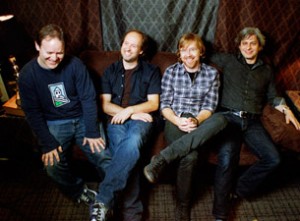 Phish fans can pay homage to their favorite American band at the Klipsch Music Center on the 28th of June 2012. Indiana is all set to turn into a rock haven as Phish performs live in front of their adoring fans. Known for their musical improvisation and extended jams this rock band is celebrated for its exploration of music across diverse genres. Buckle up as you will be treated to some of the all-time hits like Billy Breaths, Farmhouse, Round Room, Junta, Rift and the likes. This four member band was formed in the University of Vermont in the year 1983 and is well known for its musical presence in the jazz, progressive rock, hard rock, folk, funk, country, blues,and classical genres.