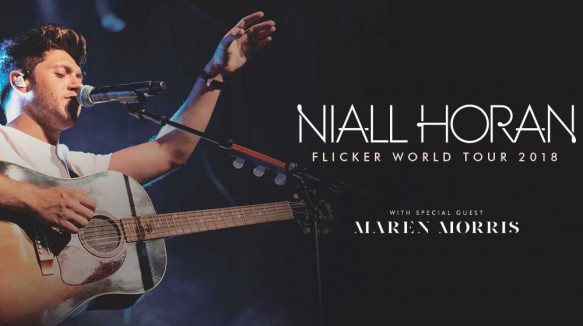 Niall Horan is coming to the Klipsch Music Center for his Flicker World Tour 2018 on Sunday August 26th with special guest Maren Morris.

The Irish singer and songwriter, best known as a member of boy band One Direction is having a breakout career as a solo artist with the release of his first solo album, Flicker, winning numerous awards including People’s Choice Favorite Breakout Artist and American Music Awards’ New Artist Of The Year!

His recent Dublin gig sold out in seconds, devastating fans across the country, and with over 31 million twitter followers who can be surprised? Tickets for Niall Horan at the Klipsch Music Center are also selling fast so if you want to guarantee a ticket, buy today before they also sell out.