Journey and special guests Asia are coming to the Klipsch Music Center on Sunday 23rd July for the rock show of the summer!

The band, Journey, formed in San Francisco in 1973 and have since had 18 top 40 singles. 2017 is a massive year for Journey as they were just inducted in to the Rock and Roll hall of fame in April this year. Their songs are now arena rock staples!

Progressive rock band Asia formed in London in 1981 with their first album, Asia, spending 9 weeks at number one in the US album charts! Asia’s original bassist, John Wetton unfortunately died January this year, so this tour will have a special place in the hearts of all Asia fans.

Journey has sold 48 million albums in the U.S., making them the 25th best-selling band! Tickets for Journey and Asia are selling fast as their fanbase is huge spanning over 40 years and 3 generations. If you want to see Journey and Asia at the Klipsch Music Center buy your tickets today before they sell out completely. 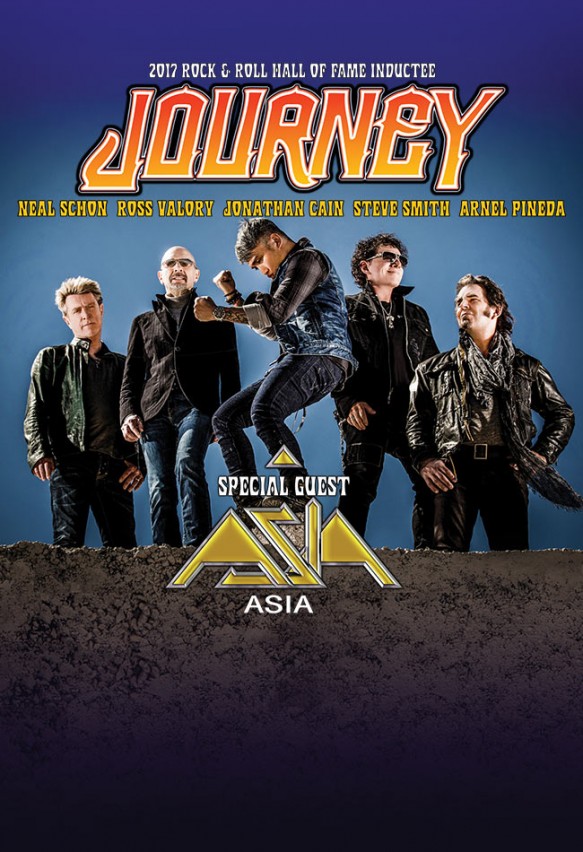