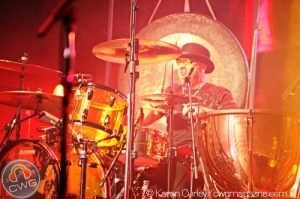 Heart and Jason Bonham are going to be performing together. The live concert is surely going to rock the music scene in Indiana. The two bands will be seen together entertaining their fans in Noblesville as the concert will be held at the Klipsch Music Center there. The live concert is scheduled to be held on the 30th of July 2013 and is a highly awaited event of this season. The stars that came together at the “Stairway to Heaven” concert will be seen performing their hit numbers at this show.