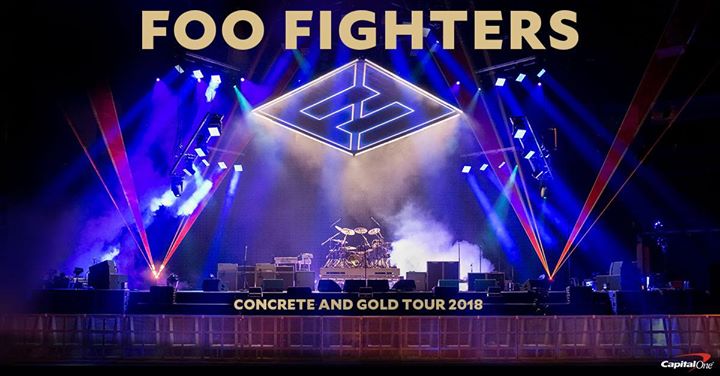 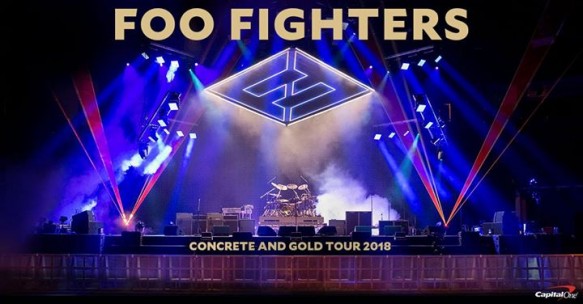 11 times Grammy Award winners Foo Fighters are coming to the Klipsch Music Center, for their Concrete and Gold Tour 2018 on Thursday July 26th!

Concrete and Gold is the night tour by the American rockers in support of their latest album of the same name! It marks the first time since November 2015 that the band has gone on tour.

The Concrete and Gold album itself has hit number one all over the world, claiming the top spot in 16 different album charts including the US Billboard 200 and most of Europe. It’s certified Platinum in Australia and Gold in both UK and New Zealand!

The Foo Fighters just sold out the UK leg of the tour, with 200,000 tickets in Manchester’s Etihad Stadium and the London Stadium selling out in under 4 hours.

There are still some tickets left for Foo Fighters at Klipsch Music Center, so if you want to guarantee your seats, buy them now before they sell out also.