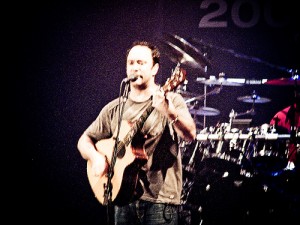 Watch out Indiana, especially the ardent fans of the Dave Matthews Band as this talented bunch is coming to town this June. The band will perform midst the live audience gathered at the Klipsch Music Center. The concert will be held on the 20th of June 2014. The band came was formed in the year 1991 by the legendary Dave Matthews known for his unmistakable vocals and by the likes of Stefan Lessard,  late LeRoi Moore Boyd Tinsley, drummer Carter Beauford, and ex band member keyboardist Peter Griesar. This experience will truly be a memorable one.