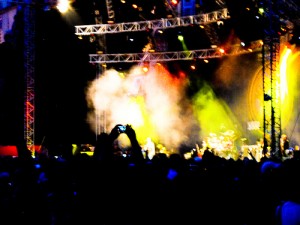 The Dave Matthews Band is scheduled to perform live in front of the gathered fans on the 22nd of June 2013. The concert will be held at the Klipsch Music Center located in Noblesville, Indiana. The band is formed by South African native Dave Matthews, Stefan Lessard and late LeRoi Moore, Carter Beauford, Peter Griesar and Boyd Tinsley. The band has several hits under their belt and is known for their energetic live concerts. The event is scheduled to start at 5 p.m. and will go on till 11 p.m.