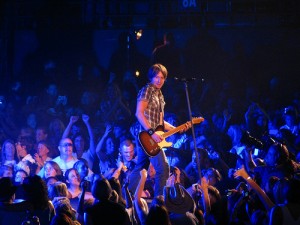 The Country Megaticket is an yearly stellar concert that takes place across metropolitan areas in the United States. This concert is a festival that witnesses the coming together of some of the biggest names from the country music genre. This year is bigger and better as the concert features a star-studded mega line up. The Country Megaticket  will take place at the Klipsch Music Center  on the 16th of May 2014. The folks in Indiana better gear up for Keith Urban, Luke Bryan, Miranda Albert and the likes.