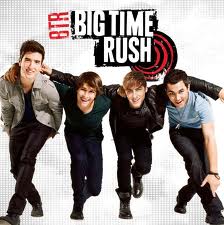 Big Time Rush are scheduled to give their millions of fans a taste of their music during a live performance in Indiana. This pop sensation is going to hit the Klipsch Music Center on the 29th of July 2012. There are going to be thousands of dreamy eyed girls in the audience as this band has won the hearts of women all across the globe even since their launch in the year 2009. The band comprises of four good-looking guys who can sing. They have given their fans smash hits in the form of “Big Time Rush”, “City is Ours” and “Halfway There”.